Kelebogile Zvobgo is an assistant professor of government at William & Mary, where she is also a faculty affiliate at the Global Research Institute and the founder and director of the International Justice Lab. Her research explores issues of human rights, transitional justice, and international law and courts.

Previously, Zvobgo directed the Security and Political Economy Lab at the University of Southern California, and she remains an affiliated scholar with the school. Much of her scholarship centers on domestic truth commissions and international courts, especially the International Criminal Court. (Truth commissions are non-prosecutorial investigations that look at past abuses or crimes committed over an extended period of time.)

As the director of the International Justice Lab, Zvobgo leads a group of undergraduate and faculty researchers who study the legitimacy and authority of international courts and how they hold countries accountable for human rights violations. They look at transitional justice — the ways that political and judicial reforms can prevent prior human rights abuses from repeating. Zvobgo has analyzed datasets from truth commissions across the world as the lead investigator for the Varieties of Truth Commissions Project, and for other projects.

Her work has been published in many academic journals, including International Studies Quarterly and the Journal of Human Rights, and media outlets such as Foreign Affairs, Foreign Policy and The Washington Post. 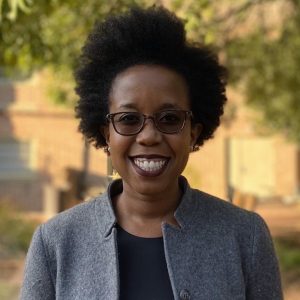 Heard on the Gerald R. Ford School of Public Policy: “Kelebogile Zvobgo: Race in the development of the international relations discipline”