Kim Tallbear-Dauphine is an associate professor of Native studies at the University of Alberta in Canada. An enrolled member of the Sisseton-Wahpeton Oyate tribe in South Dakota, her research focuses on the relationship between science and race/identity among Native American peoples.

Tallbear-Dauphine’s book, Native American DNA: Tribal Belonging and the False Promise of Genetic Science, examines the scientific premise behind Native American ownership (or former ownership) of lands and natural resources. She has traveled to the United States, Canada and United Kingdom to share her commentary on issues related to indigenous peoples, science and technology. 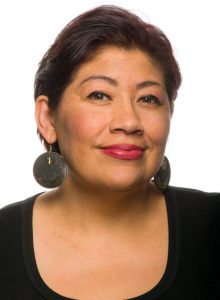