Lanhee J. Chen is the director of domestic policy studies and lecturer in the public policy program at Stanford University and the David and Diane Steffy Fellow at the Hoover Institution. His research interests include health care policy, the design of public institutions and advanced policy analysis.

From 2014 to 2018, Chen was a member of the Social Security Advisory Board, an independent, bipartisan panel that advises the president, Congress and the commissioner of social security administration. He has worked on several political campaigns, including Marco Rubio’s 2016 presidential bid, and was Mitt Romney’s chief policy adviser in 2012.

In 2015, Chen was included in the POLITICO 50, a list of “thinkers, doers, and visionaries transforming American politics.” Chen’s writings have appeared in outlets such as the Wall Street Journal, Los Angeles Times and The Washington Post. He has been a CNN political commentator and provided political analysis and commentary on every other major television network. 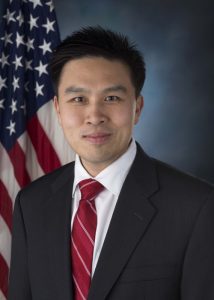