Laura Donnelly, founder and CEO of Latinitas, a digital magazine empowering Latina youth through media and technology, told KUT she wants to teach young Latinas to replace negative media representations of Hispanic women with their own visions of success.

“You ask a 9-year-old Latina girl, she knows that she is not officially represented in media. … She often sees herself portrayed very negatively or overly sexualized. And so we are trying to instill in these girls the ability and the capacity to shift these images herself.”

Through her work with Latinitas, Donnelly hosted the first TechChica social technology conference in Austin in October 2012. TechChica is a series of social media workshops for Latinas aged 9 to 18.

Donnelly was previously a book publicist in New York City and worked with authors such as Maya Angelou and Jimmy Carter. She’s been honored as an Austin Under 40 winner, the YWCA’s Woman of the Year Leader of Promise and Austin Women in Tech’s Innovator award for her service empowering Latina youth. 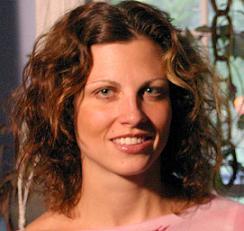