Leah Wright Rigueur is an associate professor of Public Policy at the Harvard Kennedy School, and a visiting associate professor/Harry S. Truman Associate Professor of American History at Brandeis University. She is an expert on race and politics, modern African American history, U.S. political and social history, and riots, backlash and campus unrest.

Rigueur explored the dynamics of Black Republican activists, officials and politicians in her book The Loneliness of the Black Republican: Pragmatic Politics and the Pursuit of Power (2014). Her upcoming book, Mourning in America: Black Folks in a White House, is about scandal in 1980s American politics through the perspective of Black officials and activists.

She has been featured on various news outlets, including NPR’s All Things Considered, on the topics of Donald Trump, Black voting patterns and Black conservative viewpoints. 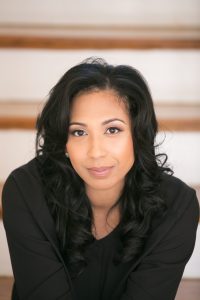