Lorella Praeli is vice president of Community Change. Previously, she was deputy national political director at the ACLU, where she fought to defend and expand the rights of immigrants and refugees. She mobilized the Latinx vote as Hillary Clinton’s national Latino vote director and served as United We Dream’s director of advocacy and policy.

Originally from Peru, Praeli immigrated to the United States at the age of 11 to receive medical treatment. After advocating for the adoption of anti-bullying measures at the legislative and community levels, she joined the student immigrant rights movement and came out as “undocumented and unafraid.” 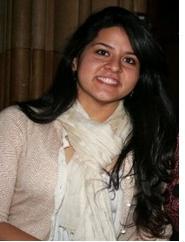 Praeli on Up with Chris Hayes: ‘DREAMers’ coming out of the shadows