Majora Carter is a real estate developer, urban revitalization strategy consultant, MacArthur Fellow and Peabody Award-winning broadcaster. She is responsible for the creation and implementation of numerous economic development projects, technology and green-infrastructure projects, and job training and placement systems.

Her career as an urban revitalization strategist began where she grew up, in the South Bronx. When the city planned a new and expansive waste facility, she shifted into gear because “no one seemed to care — including many of us who lived here.”

Carter went on to found the nonprofit Sustainable South Bronx (SSBx). Citing her motto “you shouldn’t have to move out of your neighborhood to live in a better one,” she built a new park on the site of an illegal garbage dump and launched urban green-collar job training initiatives.

In 2005, she received a MacArthur Fellowship. In 2008, Carter formed a for-profit consulting firm, Majora Carter Group LLC (MCG). Her clients represent a cross-section of leading national organizations in the government, private and academic sectors. 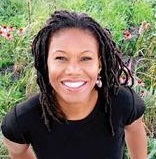 Heard on NPR: Tell Me More: This Is Home