University of Arizona professor of practice Maggy Zanger focuses on Middle East journalism and is an affiliated faculty member of the UA Center for Middle Eastern Studies.

She was the Iraq country director of the Institute for War and Peace Reporting in Iraq for nearly two years, starting centers in Baghdad and Sulaimani to train Iraqi journalists to work for independent news media. Zanger was also a faculty member at the American University in Cairo and the coordinator of the publications program of the Center for Contemporary Arab Studies at Georgetown University.

Zanger has developed several new global journalism classes at UA, including Media Coverage of International Crises, International Opinion Writing and Reporting the Middle East. She led students on an eight-week study abroad program in Egypt, funded by Fulbright, and has worked on developing other study abroad programs in the Middle East. She has also conducted research on the work attitudes of Iraqi journalists.

Zanger was also the faculty adviser to El Independiente, a student-produced, bilingual publication that serves the city of South Tucson. She spearheaded the school’s border safety efforts, which developed workshops for students on how to report safely along the border, and was a founder of the Border Journalism Network. 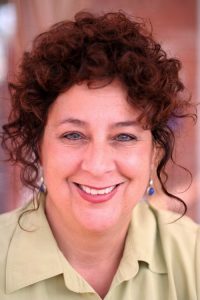