He has also been the chairman of the Robert C. Maynard Institute for Journalism Education, a columnist for The Seattle Times, an editor and publisher at the Moscow-Pullman Daily News, an executive news editor at The Salt Lake Tribune, and a reporter at the Arizona Republic. He was a Kaiser Media Fellow in 2009 and 2010, writing about health care reform focused on existing programs such as the Indian Health Service.

His work appeared on the PBS series Frontline, in a story called “The Silence,” about sexual abuse by clergy in Alaska.

Trahant is a citizen of the Shoshone-Bannock Tribes. 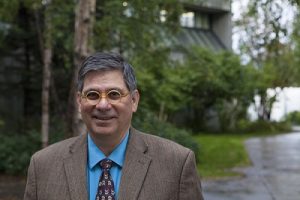 Heard on NPR’s Talk of the Nation: Do Border Fences Curb Illegal Crossings?