Matt Barreto is a political science and Chicana/o and Central American studies professor at the University of California, Los Angeles, and the co-founder of Latino Decisions, a polling firm that looks at the political opinions of this increasingly influential group. Time called Latino Decisions the “gold-standard in Latino American polling.” He is also the co-founder of the research and polling firm BSP Research. At UCLA, Barreto founded the research center Latino Policy and Politics Initiative and the UCLA Voting Rights Project.

Barreto’s expertise lies in Latino public opinion, voting behavior and race politics in the U.S., including voter ID laws. Along with Latino Decisions co-founder Gary Segura, he was a principal investigator of the American National Election Study Latino oversample, the first-ever oversample of Latino voters. 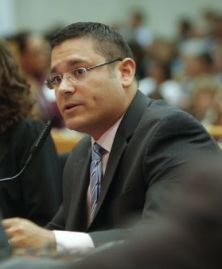