Michael Kang is the William G. and Virginia K. Karnes Research Professor at Northwestern Pritzker School of Law and a nationally recognized expert on campaign finance, voting rights, redistricting, judicial elections and corporate governance. His research has been published widely in leading law journals and featured in The New York Times, The Washington Post and Forbes, among others.

Kang’s work focuses on partisan gerrymandering, the influence of party and campaign finance on elected judges, the deregulation of campaign finance after Citizens United, and so-called “sore loser laws” that restrict losing primary candidates from running in the general election. Previously, he was a professor of law at Emory University.

He is an expert in all things election law and has appeared on NPR’s Morning Edition to discuss voter laws, impeachment and elections. 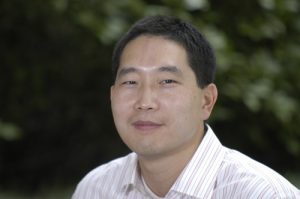