Owens served on the national advisory boards of the Georgia Justice Project and Foreverfamily. He is on the editorial boards of the journals Perspectives on Politics, Journal of Urban Affairs and Politics, Groups, and Identities. He is also a volunteer with the Youth Diversion Program of the DeKalb County Juvenile Court.

Owens, former chair of the board of the Urban Affairs Association, teaches courses on topics such as religion and social welfare policy, urban politics, and politics and punishment. In 2007, he published his first book, God and Government in the Ghetto, in which he examines the political relationship between African-American churches and public agencies.

For his book Prisoners of Democracy, Owens is studying the public policies and attitudes “that diminish the citizenship of felons in the United States.” 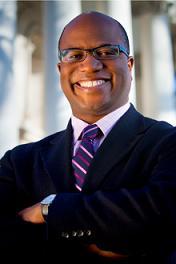