Michael Wahid Hanna is a senior fellow at the Century Foundation, a nonpartisan think tank that seeks to reduce inequality and promote security at home and abroad. He is also a non-resident senior fellow at the Reiss Center on Law and Security at New York University School of Law. He works on issues of international security, international law, and U.S. foreign policy in the Middle East and South Asia.

Hanna is the co-editor of Arab Politics Beyond the Uprisings: Experiments in an Age of Resurgent Authoritarianism (2017) and co-author of Hybrid Actors: Armed Groups and State Fragmentation in the Middle East (2019).

Prior to joining the Century Foundation, he was a senior fellow at the International Human Rights Law Institute and practiced corporate law in New York. Hanna is a member of the International Institute for Strategic Studies and has been published in The New York Times, Foreign Policy and other outlets. 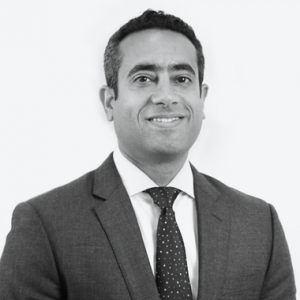