Michelle K. Sugihara is the executive director of CAPE (Coalition of Asian Pacifics in Entertainment), a nonprofit professional organization that supports emerging and established Asian and Pacific Islander creatives in Hollywood through fellowships, consulting and partnerships with production companies. She is an entertainment attorney, film producer and adjunct professor for the Claremont Colleges’ department of Asian American studies.

She advocates for entertainment representation as the co-lead of #GoldOpen, a campaign that pushes for the opening weekend success of multicultural films. Sugihara is on the leadership team of Time’s Up Women of Color and is a founding member of the Asian Pacific American Friends of the Theater. She is also an associate member of Cold Tofu, an Asian American comedy improv and sketch group.

Sugihara is a fourth-generation Japanese American born and raised in Honolulu, Hawaii. She has a dual major in economics and psychology with a minor in Asian American studies from Claremont McKenna College and a law degree from the University of California, Los Angeles. 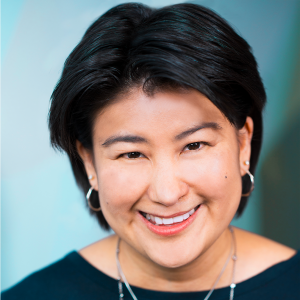