Mieke Eoyang is the Deputy Assistant Secretary of Defense for Cyber Policy at the Department of Defense. Previously, she was the vice president for the National Security Program at Third Way (a centrist think tank) and a former professional staff member of the House Permanent Select Committee on Intelligence.

At the Third Way, she ran a team that works on every major national security issue, from the details of military personnel policy to the legal framework for going to war. Eoyang is especially interested in intelligence oversight, electronic surveillance reform, and partisan perception on national security. Her writing and analysis has been featured in the Wall Street Journal, POLITICO, Associated Press, The Washington Post, Roll Call and Forbes. 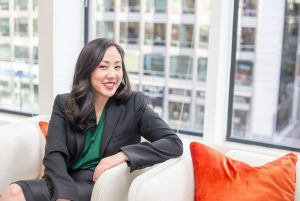 As heard on C-Span: