Neal K. Katyal is the the Paul and Patricia Saunders Professor of National Security Law at Georgetown Law Center and a partner at the law firm Hogan Lovells. He is the former Acting Solicitor General of the United States, and has argued 45 cases in front of the U.S. Supreme Court. He has experience in patent, constitutional, technology, securities, criminal, employment and tribal law.

Katyal has argued more Supreme Court cases in U.S. history than has any minority attorney, recently breaking the record held by Thurgood Marshall. Among his successful Supreme Court cases are Hamdan v. Rumsfeld, challenging the policy of military trials at Guantanamo Bay Naval Station, and a defense of the constitutionality of the Voting Rights Act of 1965. He has also defended the Affordable Care Act in lower courts, including the U.S. Court of Appeals for the 11th Circuit.

His 2019 book, Impeach: The Case Against Donald Trump, was a New York Times bestseller. Katyal has appeared on every major American nightly news program, and played himself in episodes of Netflix’s House of Cards and Showtime’s Billions. 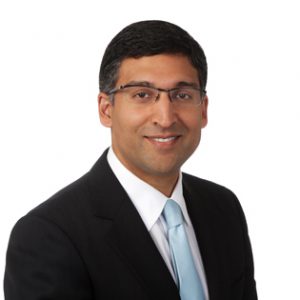