Nilanjana Bhattacharjya is an ethnomusicologist and popular music scholar who focuses on South Asian popular music and film in India, as well as in the South Asian diaspora. She is on the faculty of Arizona State University’s Barrett Honors College.

Bhattacharjya researches how communities use music to define their identities, and how the meaning of that music changes as it travels one location to another. Her work examined topics such as the transnational career of the early 20th-century dancer Uday Shankar, British popular musicians of South Asian descent in London, and Hindi film music sequences’ role in popular Hindi films.

She is particularly interested in how the song sequence — once the distinctive marker of an Indian popular film — is evolving to respond to developments in the film and music industries, as well as changing tastes. 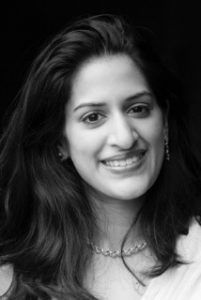