Patty Loew is a journalism professor and director of the Center for Native American and Indigenous Research at Northwestern University. A member of the Bad River Band of Lake Superior Ojibwe, she focuses primarily on Indigenous rights, sovereignty and the role of Native media.

Loew is a former broadcast journalist and has produced numerous documentaries and pieces for public and commercial television examining Native issues and culture. Her award-winning documentary Way of the Warrior premiered nationally on PBS in 2007. Her four books include Seventh Generation Earth Ethics: Native Voices of Wisconsin (2014).

She received her master’s and doctoral degrees in mass communications from the University of Wisconsin-Madison, and is a member of the American Academy of Arts and Sciences. 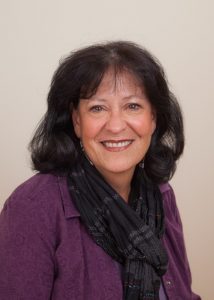 Heard on WUWM: The Lake Effect: “Professor: State Will ‘Drive a Wedge’ Between Indian Nations Over Casino”