Peter Chin is the lead pastor of Rainier Avenue Church in Seattle, a multi-ethnic congregation located in one of the most diverse zip codes of the United States.

Chin spearheaded a social media campaign to remove the Make Me Asian app from Google’s online marketplace, an effort featured on both NPR and CNN. Previously, Chin was a columnist for Christianity Today, writing on issues of faith and race from a minority perspective. His Christianity Today essay, “Daddy, Why Do People Steal From Us?” was the subject of an interview on NPR’s Tell Me More with Michel Martin. His ministry work in an African American neighborhood of Washington, D.C. was showcased by The Washington Post and CBS Sunday Morning.

His first book is entitled Blindsided by God, a memoir of his wife’s fight against cancer while pregnant with their third child. 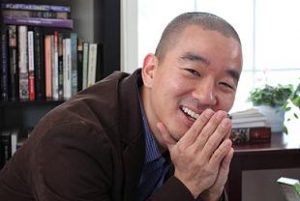