Phillip Atiba Goff is a professor of African American studies and psychology at Yale University and an expert in the science of racial bias, exposing through scientific inquiry how people learn to associate Blackness and crime implicitly. He is the co-founder and CEO of the Center for Policing Equity. 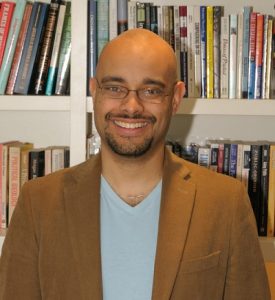 Heard on NPR: All Things Considered: Legalese Aside, How Do We Talk About Race Nowadays?