Rwany Sibaja (see-bah-ha) is an assistant professor of history and director of the History Education Program at Appalachian State University. His research focuses broadly on the impact of sports and leisure on identity across the Americas in the 20th century, and specifically on the role of fútbol (soccer) on popular culture in Argentina.

His work has appeared in the journal Soccer & Society, the four-volume Sports Around the World: History, Culture, and Practice and other academic publications. He is working on a book manuscript, Civilization and Barbarism in Argentine Fútbol. 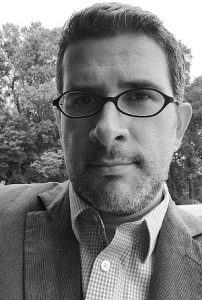 Heard on NPR Source of the Week: Rwany Sibaja on FIFA Reform After Sepp Blatter’s Resignation