Samer S. Shehata is the Colin Mackey and Patricia Molina de Mackey Associate Professor of Middle East studies and the Middle East Studies program coordinator at the University of Oklahoma. He has taught at Columbia, New York University, Georgetown University and the American University in Cairo.

Shehata is the author of Shop Floor Culture and Politics in Egypt (2009) and the editor of Islamist Politics in the Middle East: Movements and Change (2012). His analysis has been published in the New York Times, Boston Globe/International Herald Tribune, Salon, Slate, Arab Reform Bulletin and other publications. 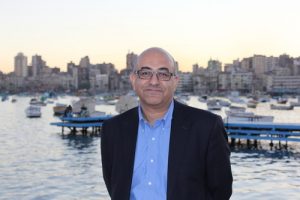 Heard on The Diane Rehm Show: Latest On Mass Protests In Egypt