Sheela Ahluwalia is the director of labor investigations at Transparentem, a nonprofit that works to expose environmental and human rights abuses in global supply chains. She directs investigations into where companies source their products, looking for abuses such as forced labor and child labor.

Prior to joining Transparentem, Ahluwalia served in the U.S. Department of State for nearly a decade, where she helped develop and implement human rights policy across Asia, North Africa and the Middle East. In the department’s Office to Monitor and Combat Trafficking in Persons, she advised senior U.S. and foreign officials on policies and programs; produced country assessments for the annual Trafficking in Persons Report; and exposed previously hidden forms of forced labor. While working at State, she also negotiated human rights resolutions in the UN General Assembly and Human Rights Council, and managed almost $10 million in foreign assistance to promote justice in West Africa.

Previously, Ahluwalia worked for the World Bank, the U.S. Department of Labor, human trafficking NGOs in India and the United States, and an indigenous rights organization in Ecuador. She has been part of the anti-trafficking movement since 2002, when she began volunteering for Stop Modern Slavery.

Ahluwalia earned a master’s in international relations from the Johns Hopkins School of Advanced International Studies and a bachelor’s in economics from Tufts University. 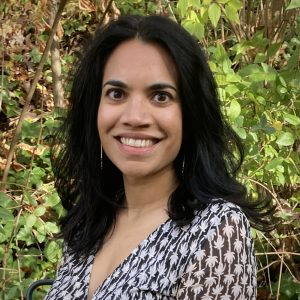