Sherine Hafez is a professor and the chair of the Gender and Sexuality Studies department at the University of California, Riverside. Her research focuses on Islamic movements and gender studies in Arab and Middle Eastern cultures.

Her 2019 book Women of the Midan, The Untold Stories of Egypt’s Revolutionaries discusses Egypt’s revolutionary women and gendered corporeal resistance in the Middle East. She also wrote An Islam of Her Own: Reconsidering Religion and Secularism in Women’s Islamic Movements and The Terms of Empowerment: Islamic Women Activists in Egypt. 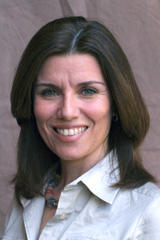