Sherrilyn Ifill is president and director-counsel of the NAACP Legal Defense and Educational Fund. Previously, she was a professor of law at the University of Maryland and assistant counsel at the NAACP Legal Defense and Education Fund, where she litigated voting rights cases. Among her cases is Houston Lawyers’ Association vs. Attorney General of Texas, in which the Supreme Court held that judicial elections are covered by the provisions of section 2 of the Voting Rights Act.

Ifill’s 2007 book, On the Courthouse Lawn: Confronting the Legacy of Lynching in the 21st Century, explores the continuing effects of the last two recorded lynchings in Maryland. Released to critical acclaim, On the Courthouse Lawn was a finalist for the 2008 Hurston/Wright book award for non-fiction. She also writes about judicial independence, judicial selection, and the importance of race and gender diversity on our courts.

She is a regular political and election night commentator on both national and local television and radio programs. She has appeared on CNN, NBC Nightly News, ABC World News Tonight and C-SPAN, is a regular voice on local and national public radio and contributes to The Root.

In 2020, Ifill was named one of Glamour’s Women of the Year. She was also named the 2020 Attorney of the Year by The American Lawyer, and was honored with a 2021 Spirit of Excellence Award by the American Bar Association. 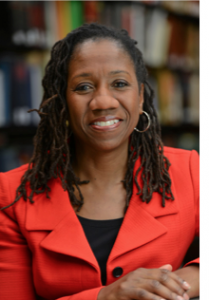