Suyapa Portillo Villeda is an associate professor in Chicana/o Latina/o Transnational Studies at Pitzer College. Her work broadly focuses on social movements in Central America with a focus on Honduras. She documents working-class history and lives and challenges stereotypes of the so-called “banana republics” in Central America.

Portillo Villeda’s new book is Roots of Resistance: A Story of Gender, Race, and Labor on the North Coast of Honduras, which focuses on the working-class culture of resistance on the Honduran North Coast and the radical organizing that challenged U.S. and foreign intervention at the onset of the Cold War. 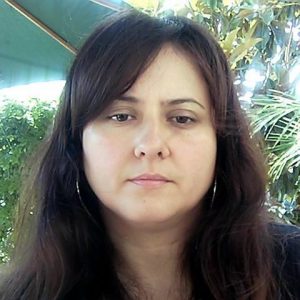