Arts and Culture, Gender and LGBTQ+ Issues, Race and Ethnicity

Syreeta McFadden is a writer and professor of English at the Borough of Manhattan Community College, City University of New York. Her work deals largely with gender, politics, race and culture, and explores the cultural narratives of communities.

Her work is largely focused on gender, politics, race, culture and the arts, as well as the exploration of overlapping cultural narratives between communities. Her writing has appeared in The Nation, BuzzFeed, The Huffington Post, NPR, and others. 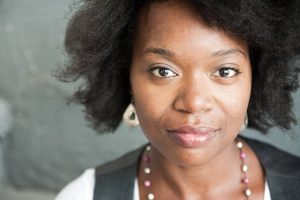 Heard on WNYC’s On the Media: The Camera and the Color Line