Tiya Miles is a professor of history at Harvard University and Radcliffe Alumnae Professor at the Radcliffe Institute for Advanced Study, and a 2011 MacArthur Fellow. She is a historian and creative writer whose work explores the intersections of African American, Native American and women’s histories. Her interests also include articulating and enlivening African American environmental consciousness.

Her latest book, All That She Carried: The Journey of Ashley’s Sack, a Black Family Keepsake, was a National Book Award winner. Her other books include The Dawn of Detroit: A Chronicle of Slavery and Freedom in the City of the Straits (2017) and Ties That Bind: The Story of an Afro-Cherokee Family in Slavery and Freedom (second edition, 2015). 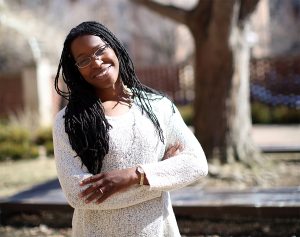 Tell Me More: Who Gets To Decide Who Is Native American?