Togzhan Kassenova is a senior fellow with the Project on International Security, Commerce, and Economic Statecraft (PISCES) at the Center for Policy Research at The State University of New York, Albany, and a nonresident fellow with the nuclear policy program at the Carnegie Endowment for International Peace.

She is an expert on nuclear politics, nonproliferation of weapons of mass destruction, and financial crime prevention. From 2011 to 2015, Kassenova served on the UN Secretary General’s Advisory Board on Disarmament Matters. She is a Certified Anti-Money Laundering Specialist (CAMS) and works on issues related to restricting countries from accessing international financial institutions to fund weapons of mass destruction. The United Nations’ Office on Drugs and Crime consults her to train governments and financial institutions how to track the illicit funding of WMDs.

Kassenova is the author of several books on nuclear politics and international politics. She wrote Atomic Steppe: How Kazakhstan Gave Up the Bomb (2022), Brazil’s Nuclear Kaleidoscope: an Evolving Identity (2014), and From Antagonism to Partnership: The Uneasy Path of the U.S.-Russian Cooperative Threat Reduction (2007). 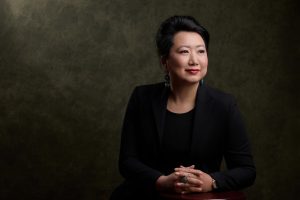