Tom K. Wong is an associate professor of political science at the University of California, San Diego. He is also the founding director of the U.S. Immigration Policy Center (USIPC). He served as an advisor to the White House Initiative on Asian Americans and Pacific Islanders under the Obama administration, and was appointed to serve on the State of California 2020 Census Complete Count Committee. He is also co-director of the Human Rights and Migration program. 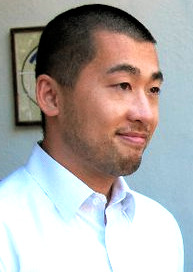 Heard on KPCC: Take Two: Predicting how Congress will vote on immigration reform