Tracey L. Meares is the Walton Hale Hamilton Professor of Law at Yale Law School and the co-founding director of Yale’s Justice Collaboratory, which focuses on criminal justice reform through procedural justice. She is an expert on public safety and policing in urban communities, and her research focuses on understanding how members of the public think about their relationship with police, prosecutors, judges and other legal authorities.

Before arriving at Yale Law School, Meares was Max Pam Professor of Law and Director of the Center for Studies in Criminal Justice at the University of Chicago Law School. She has held positions clerking for the Honorable Harlington Wood, Jr., of the U.S. Court of Appeals for the Seventh Circuit and as a trial attorney in the Antitrust Division of the United States Department of Justice. 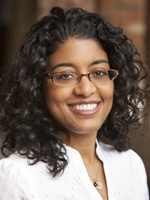 Heard on Center for Court Innovation: How Procedural Justice Strengthens the Public’s Willingness to Obey the Law