Vashan Wright is an assistant professor at Scripps Institution of Oceanography at the University of California San Diego and a guest investigator at Woods Hole Oceanographic Institution. He is a geophysicist who studies tectonics, paleoclimate (the study of geologic and biological evidence to construct a history of past climates), paleoseismicity (the study of past earthquakes that occurred before seismometers existed), and earthquake-triggered hazards such as landslides, submarine slides, and tsunamis. He studies these geologic processes and natural hazards by examining sediments and rocks deposited in or beneath oceans, lakes, rivers, and beaches.

Wright examines sediments and rocks using seismic reflection and refraction profiles, which are tools that estimate the properties of the Earth’s subsurface from human-controlled sound waves. He also examines sediments and rocks using cores, aerial imagery, and x-rays. He combines data from these methods with numerical, experimental, and theoretical rock physics, fluid flow, and heat flow models to understand how sediments and rocks change or deform on both macro- (kilometer-scale) and microscopic scales after deposition. He then uses established principles of geology to determine whether any observed post-depositional changes to sediments and rocks are related to tectonic forces, paleoclimatic changes, paleoseismicity, and/or past earthquake-triggered hazards. His studies help us understand how and why the earth and other planets may respond to future hazards.

Wright’s recent studies include understanding how the strength of sands changes as they become older, identifying the differences between artificial and natural beach sands, searching for liquid water and ice in Mars’ subsurface, anti-racism action in the geosciences, earthquake and flooding hazards in the Caribbean, and infrasound signals from North Korean underground nuclear explosions in 2016.

Wright earned his bachelor’s of science degree in geology and business from Calvin College and his doctoral degree in geophysics from Southern Methodist University. 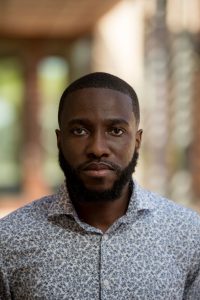