Vincent Hutchings is a professor of political science and Afroamerican and African studies at the University of Michigan, Ann Arbor. His general interests include public opinion, elections, voting behavior and African American politics.

Hutchings was named a member of the American Academy of Arts and Sciences in 2012 and was given the Outstanding Reviewer Award from Political Research Quarterly in 2009. He has been awarded several grants from the National Science Foundation. 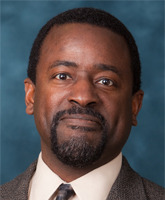 Morning Edition: Herman Cain And The Politics Of Race