Wilfred Chan is a journalist, writer and editor in New York City. He is a contributing writer to The Nation and The Guardian, and was the editor of New_ Public. Previously, he worked in Hong Kong for CNN International covering the 2014 Umbrella Movement and its aftermath. He can offer insight on the future of protest, free speech and democracy in Hong Kong under China’s national security law.

The 2019-2020 Hong Kong protests started as a reaction to the since-withdrawn mainland extradition bill, but following a brutal police crackdown the scope quickly expanded to include the five demands — an investigation into police brutality, the government to stop calling the protests “riots,” amnesty for those arrested and full universal suffrage in the city’s elections.

In response, Beijing bypassed the city’s legislature and directly implemented the new national security law, which effectively makes dissent against the central government a crime. Targeting crimes related to subversion, secession, foreign interference or terrorism, the law is quite expansive in scope — Beijing will set up its own independent police agency in Hong Kong, independent from both judicial review and the city’s legal system, and all cases deemed “serious” will be tried in Chinese courts with Chinese judges.

Those convicted can face up to life in prison. And the law’s reach is not just limited to Hong Kong residents — under article 38, it applies to offenses committed by anyone, anywhere in the world. There’s already been a chilling effect with local pro-democracy political parties disbanding, citizens deleting social media profiles and shops removing political posters.

Chan’s recent piece for The Nation — “The Infinite Heartbreak of Loving Hong Kong” — tackles the despair of watching the city change for the worse. He’s also written about the impact of the United States on Hong Kong politics and the precarity of political freedoms.

Chan was formerly a member of Lausan, a transnational collective that shares decolonial left-wing perspectives from Hong Kong writers and activists. His work has also been published in Dissent Magazine, Splinter News and ArtAsiaPacific. 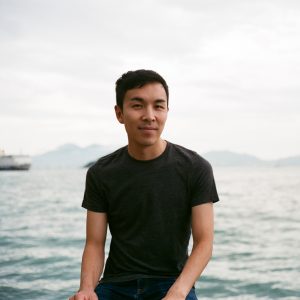 Listen to Wilfred Chan on KPFA:

Source of the Week · Wilfred Chan — UpFront on KPFA