William M. Rodgers III is a professor of public policy and chief economist at the Heldrich Center for Workforce Development at Rutgers University. He is an expert in labor economics and the economics of social problems, and chair of the National Academy of Social Insurance. He can speak on income inequality, racial wealth disparities, unemployment issues and government efficiency. His other research interests include federal minimum wage and food security.

Previously, he was chief economist at the U.S. Department of Labor and a professor at the College of William and Mary.

Rodgers’ expertise has been featured in the New York Times, the Wall Street Journal, The Washington Post and the Financial Times. He has been a guest on TV and radio programs including The Takeaway with John Hockenberry, NBC’s Meet the Press, CNBC’s Squawk Box and NPR’s All Things Considered. 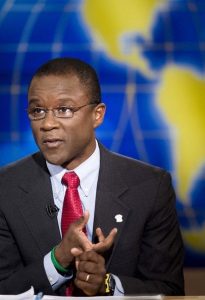