Yasmeen Hassan is the global executive director of Equality Now, an NGO dedicated to protecting and promoting the human rights of women and girls around the world. She previously worked at the United Nations Division for the Advancement of Women, where she focused on the implementation of the Convention on the Elimination of all Forms of Discrimination Against Women (CEDAW) and the Secretary-General’s study on violence against women.

Hassan attended Harvard Law School. She clerked on the D.C. Court of Appeals from 1994 to 1995, served on the Council on Foreign Relations’ Advisory Board on Child Marriage. 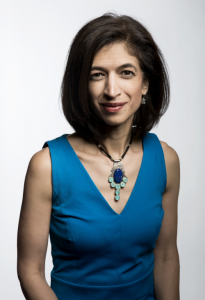