Zahra Ayubi is an associate professor of religion at Dartmouth College who specializes in gender in Islamic ethics discourses. Her work analyzes ideas of masculinity, femininity and gender relations in Islam through a feminist lens.

Ayubi is part of a national team of researchers studying how religious identity shapes individuals’ decision to terminate a pregnancy, and how a religiously identified person understands the meaning and value of their reproductive decisions to end a pregnancy.

She has published several articles on gendered concepts of ethics, justice and religious authority, and on Muslim feminist thought and American Muslim women’s experiences. Her first book, Gendered Morality: Classical Islamic Ethics of the Self, Family, and Society (2019) rethinks the tradition of Islamic philosophical ethics from a feminist critical perspective.

Her current project, Women as Humans: Life, Death, and Gendered Being in Islamic Medical Ethics (2023), centers the experiences of Muslim women and non-binary and trans Muslims in medical ethics decision making that involves the interplay of religious ethics, gender concerns, and medical bias or racism.

Ayubi holds a Ph.D. in religious studies from the University of North Carolina, Chapel Hill. She completed her undergraduate studies at Brandeis University, where she double-majored in Islamic and Middle Eastern studies and health, science, society and policy, with a double minor in legal studies and women’s studies. 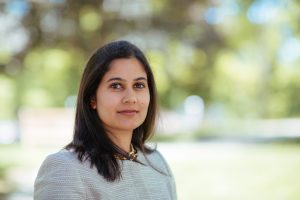